On November 8, 2019, my daughters and I were traveling to Central Florida from our home in Charlotte, North Carolina to visit family and attend a football game. On a cold, dark evening, my oldest daughter Vivien was driving when we were in a head-on collision with a drunk driver.

Vivien and I were taken to the Level One Trauma Center at Orlando Health Orlando Regional Medical Center (ORMC) in separate ambulances. I was scared to be separated from my girls, but the responders kept me informed of what was happening in the other vehicles with my children. At first, Vivien’s and my exact injuries were unknown, but it was determined we both had severe bruising, were sore, and Vivien had a broken wrist and needed stitches. 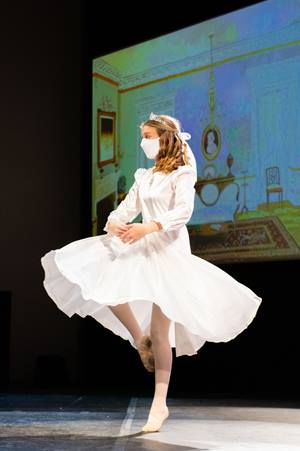 My younger daughter Beatrix, who was only 12, sustained severe injuries. Given her critical condition, first responders insisted she be taken to the Level One Trauma Center located at Orlando Health Arnold Palmer Hospital for Children. She was intubated during transport for fear of a collapsed lung. Once she arrived at Orlando Health Arnold Palmer, she courageously fought for her life as an incredible team worked to save her.

Because our injuries weren’t severe, Vivien and I were soon able to leave Orlando Health ORMC to be by Beatrix’s side. With a team of five surgeons, numerous doctors and countless nurses, she underwent a nine-hour surgery to repair tears in her inferior vena cava, remove her spleen and part of her liver, and repair a fractured pelvis.

It is thanks to Orlando Health’s healthcare teams that we are still together as a family. Beatrix’s caregivers were our angels – both her’s and mine – as they lead her through each challenge she faced. I honestly believe that without this particular mix of people, timing and location, she would have lost her battle. 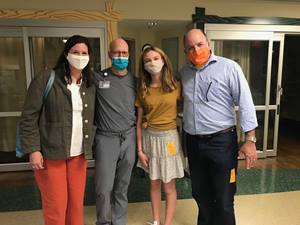 In the summer of 2020, Beatrix requested that we visit the hospital again and see the team who saved her life. She wanted to see them under difference circumstances, say thank you and show them that she was okay. I wasn’t quite sure if we should relive the experience at first, but knowing that she had a different perspective than I did, I agreed and we started to set the plans in motion.

Fittingly, the first person we saw again was the policeman who was the first one on the scene of the accident. Him and his wife joined us for dinner and we said our thank yous. To our surprise, he said the same back. Because of that night, he felt he wanted to be able to do more to help those in emergency situations. He decided to go through EMT training, and shared his future plans to get his nursing degree in order to help more people. It was incredible to hear how our story helped guide his path, that this horrible event in our family’s life might end up saving even more people in the future.

The following day, we returned to the hospital for the first time – almost a year to the day of the accident. It was surreal. Beatrix’s team met with us and they could not believe this was the same girl! They were so grateful to get to see with their own eyes how well she is doing. She is living proof that what they do every single day matters.

Beatrix also got to say thank you through paintings she had made. She gave a few hugs and even got to show off how well her scar healed. Through our experience, the team at Orlando Health Arnold Palmer became family. They are our angels, and what they have done for my entire family can never be thanked enough. 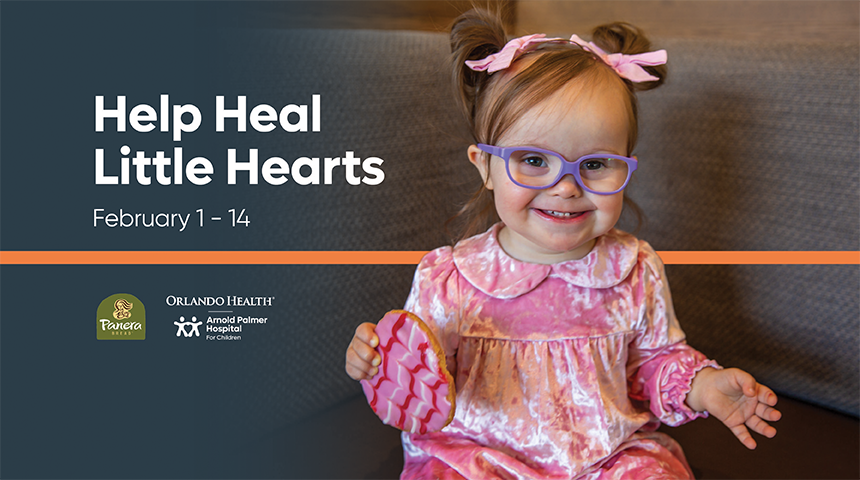 Information will update every 5 minutes. ER Wait Times are approximate and provided for informational purposes only. Estimated Wait Times as of: Monday, January 30, 2023 1:44 PM